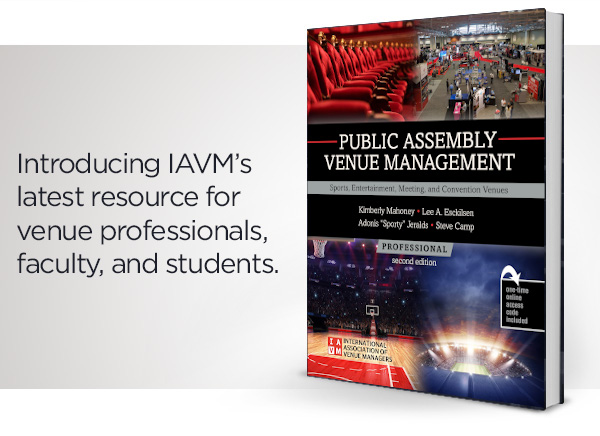 Those who manage public assembly venues are continually challenged to operate venues in such a way that brings success to venue ownership and meet the needs of those who utilize them. Accomplishing this daunting task is neither simple, nor is it consistent from venue to venue. Venues vary in mission based upon type, location, and goals set by those in leadership. In order to achieve the established goals, management must continually fine-tune their venue management skills and keep abreast of ever-changing social and economic trends in our society.

Public Assembly Venue Management: Sports, Entertainment, Meeting, and Convention Venues (2nd edition) addresses the functions common to all public assembly venues, including amphitheaters, arenas, convention centers, performing arts centers, and stadiums, amongst others. The textbook was written for use in both undergraduate and graduate-level courses within sport management, event management, hospitality management, entertainment management, and other related disciplines. The book is also used by venue management professionals and supports the certification and professional development programs of the International Association of Venue Managers (IAVM).

This book is organized in a logical sequence that takes the reader through the history and role of public assembly venues, followed by the other significant areas of venue management including venue ownership and management, business and financial management, booking the venue, marketing, ticketing, ancillary services and revenue sources, venue operations, event management, safety and security, and the newly added chapter on venue planning, financing, design, and construction. These chapters address the functions common to all public assembly venues and reflect current industry trends. The 2nd edition also includes new information regarding international venue management, venue emergency use scenarios, and the impact of COVID-19.

Faculty: To Request a Review Copy

The following resources are available to assist in professional development and can be accessed through a customized website (access code provided with book purchase):

Poll question brought to you by: